The Price We Pay: How Do The Costs of Renewable Energy Measure Up?

The importance of producing good, clean energy grows more obvious by the day. Where the population at large once favoured large and high-output energy sources such as nuclear power, there is now a definite trend towards green alternatives. That makes sense. After all, every day the impact of the human race on the environment becomes clearer. It's only natural to want to reduce that impact as much as possible.

But with many of the technologies for older, 'dirtier' energy sources already fully developed, some naysayers may claim that the newer renewable energies are an unnecessary expense. Here's why you should dismiss this idea out of hand.

Okay, 'one-time' may be an exaggeration, because renewable energy options such as wind turbines and solar panels do need infrequent maintenance. They're just like any other piece of equipment in that way. But compared to the constant costs of non-renewable energy, it might as well be one payment only. Once the solar panel or wind turbine is constructed, it will keep generating energy without any other material input. Fossil fuels need to be purchased every time they're used up.

Since that initial cost of construction is the only time you'll need to pay for a solar panel, you might assume that panels are extremely expensive. Once upon a time, they might have been — but now the technology is so common that the prices aren't nearly as prohibitive. In fact, it's not just the cost that's improving. The technology itself is too. Solar panels are now much more efficient than they were ten years ago, and they're still going. In other words, they're not just getting cheaper. You're getting more bang for your buck, too.

Non-renewable energy sources will, by definition, eventually run out. At that point, the industry would need to switch over to renewable energy anyway. As such, investing in renewable energy now, even in just a small way, is contributing to making it as efficient as possible for that point in the future when it's all that's left. This may not be a benefit that you see in your lifetime, but it's certainly worth remembering that buying into renewable energy now has benefits in the long-term, too — not just immediate answers. The same can't be said of non-renewable options.

In short, not only is it environmentally conscious to make the switch to renewable energy, but it will likely also save money in the long run. Since it's already affordable now, there's really no reason not to take the plunge. 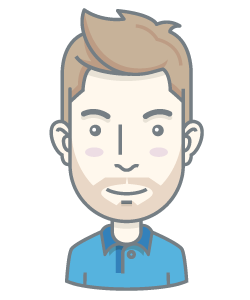 Hello my friends! My name is Greg and I would like to offer you a pleasant welcome to my blog. I would also like you to stop and consider something for a moment. How would you survive without the planet Earth? The simple answer is that you would not survive for very long without clean air and water. If sea levels rise as a result of global warming, many costal communities could also be affected. In an effort to prevent this disaster, I have been learning all I can about green energy and environmental protection measures. I hope you like my blog.